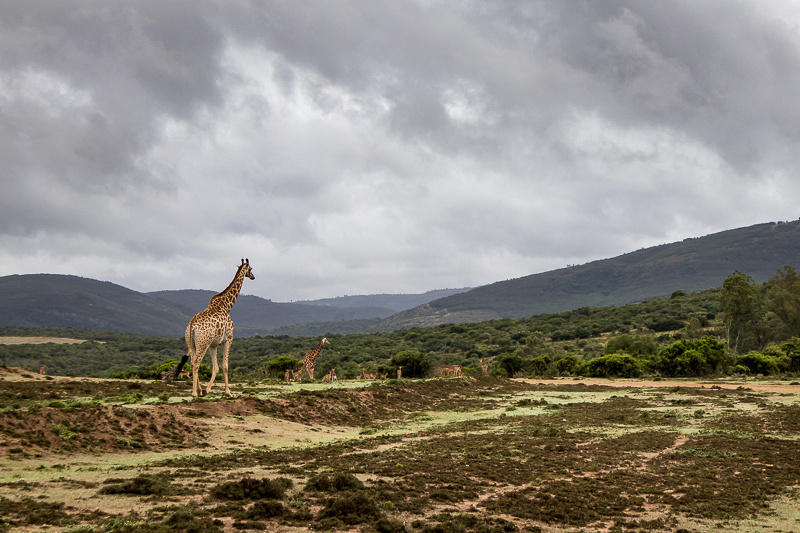 After our long journey to Cape Town, South Africa, we had a couple of days to rest, in port and while sailing around the Cape of Good Hope. We stopped at four ports on the East coast of South Africa (Port Elizabeth, East London, Durban, and Richards Bay) and one (Maputo) in Mozambique. We visited several game parks and the Zulu Nation homeland. We also had an opportunity to walk around in downtown Maputo.

The coastal game parks are mostly private affairs which cater to short-term tourists. The animals are confined to the parks, but the parks are sufficiently large to prevent over-crowding. They are good, but don't have the natural feel of Kruger and Chobe National Parks, nor the volume and range of animals. Since we would arrive late-morning and leave mid-afternoons, we would do a mid-day game drive. Those familiar with nature will recognize that the middle of the day is not the best time to see wildlife. Nonetheless, we did get some good shots and they were worthwhile visits.

This was our first trip to Mozambique. It is a former Portuguese colony is Southeast Africa. It has some interesting architecture ranging from colonial to ultramodern skyscrapers. But the most interesting part of the visit was to the local marketplace, where you can see the food and people of the country.

We have been steaming North for two days, headed for Madagascar. Unfortunately, the wind and currents have caused the Captain to cancel our stop in one of the most interesting islands on our route. Many of us are very disappointed. Our next port will be Dar es Salaam, Tanzania.