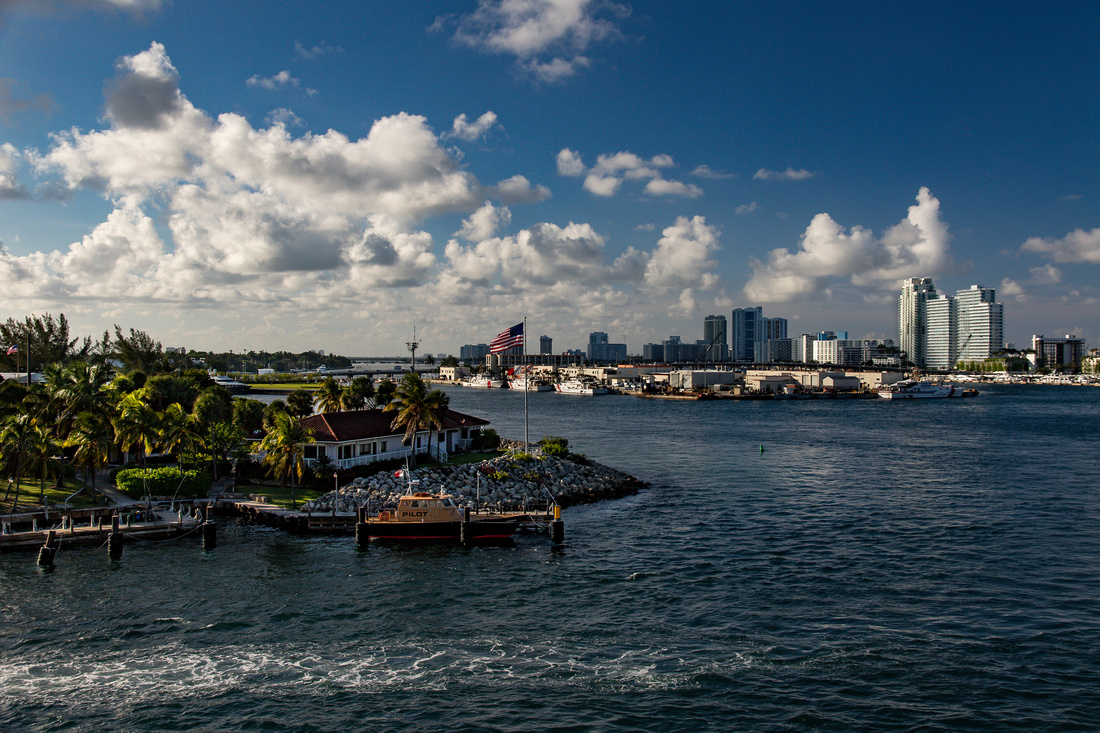 We begin our mystery journey in Miami, birthplace of modern cruising. We were whisked from the airport to the ship and were aboard in, literally, minutes. Several hours later, we cast-off and got underway. Leaving the Port of Miami is always interesting for me. As a former Coast Guard officer stationed there in the early 1980's it is amazing to see the city's growth and evolution. It has become the capital of the Caribbean and South America. The photo above shows the Miami Pilot Station in the foreground and Coast Guard Base Miami across the channel, on the right. 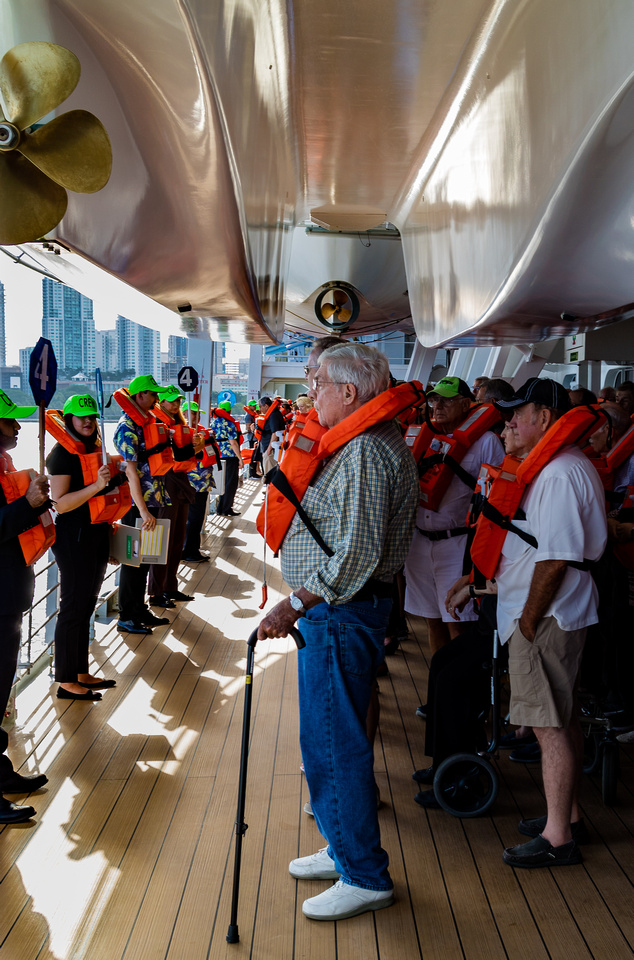 All journeys have formalities. Before getting underway, most ships hold an Abandon Ship Drill. I took this photo of our iteration of this tradition. In looking at the photo, I realized that some of the men were veterans and some were wearing baseball caps celebrating their service. Despite their age, many stood as upright as the could, paying attention to the Captain's instructions just as they had decades ago, as young servicemen. The drill leaders were the young crew members of our ship, most never having experienced an on board emergency. This seemed, to me, an interesting juxtaposition to the experience of the veterans who were, inevitably, schooled in formation by their older, experienced leaders.