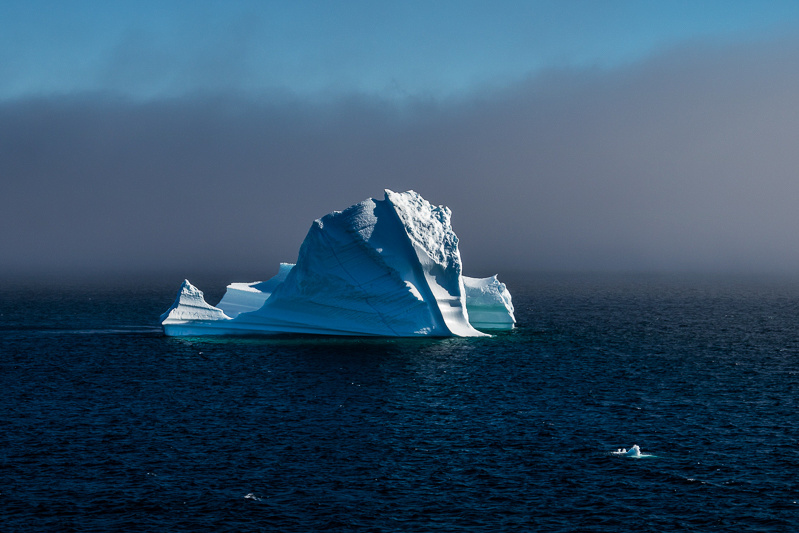 Icebergs and growlers met our arrival in Qaqortoq, Greenland. The town, population of 3,200, is located in southern Greenland. As we arrived at our anchorage, we were accompanied by a lovely iceberg that slowly rotated around our ship for the whole day, melting drop-by-drop, changing shape and texture.

The town provided a look at more traditional Inuit life in the North. The local fish market offered fresh whale meat, harvested earlier that day, to the locals. Behind the houses and businesses of the village, there was a beautiful lake. Along the way, we fought off the national bird of Greenland, the mosquito!

As we enjoyed the sun and relatively warm temperatures, an ominous gathering of icebergs formed outside the harbor. After reviewing the latest Ice Charts, the Captain and Greenland Pilot decided it was far too dangerous to proceed with our planned transit of the Prince William Sound. With a great deal of disappointment, we set sail, the long way around, for Iceland.