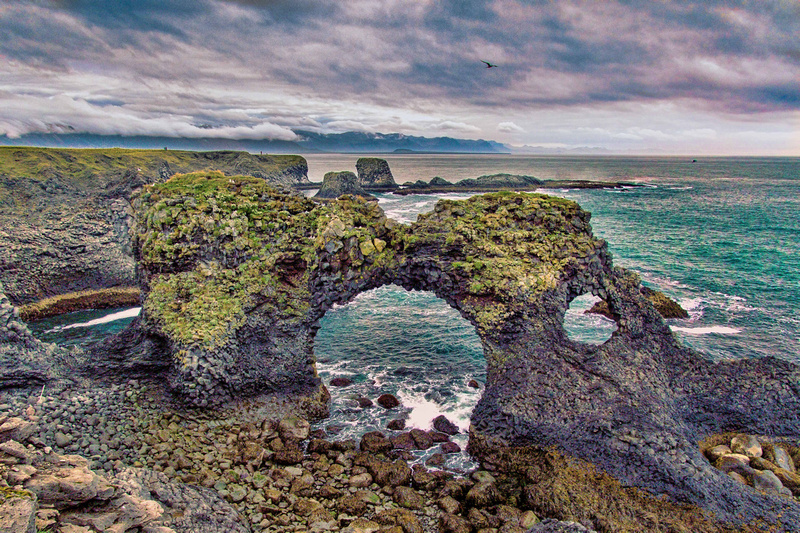 Our final two stops were to a country ironically named Iceland. It is ironic, in that Greenland is not green at all: it is almost completely covered by ice. Along the coasts there is black rock, but no trees or grass. On the other hand, Iceland has a lot of green, albeit mostly grasses and moss, but they are trying to re-establish some forest. In the summer, Iceland has an intermittent mantle of bright, Irish green, punctuated by rugged dark rock and brightly colored minerals, all of which is illuminated by soft shafts of blue or golden light filtered by clouds. 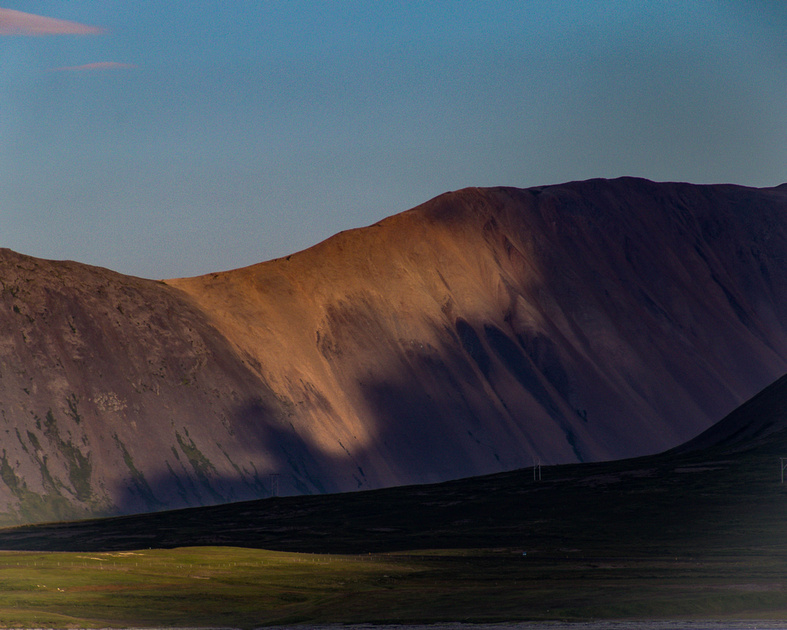 Photography in Iceland is both a joy and a frustration. The landscape features are amazing, as is the lighting. But it takes patience to wait for the artistic coincidence of the great light hitting the beautiful landscape. The weather changes so quickly, that the light can be gone before you can get a shot. In an hour, it can go from brilliant sunshine, to dark and foreboding, to impenetrable fog. Traveling by ship and motor coach is not the best way to get great photos in Iceland. 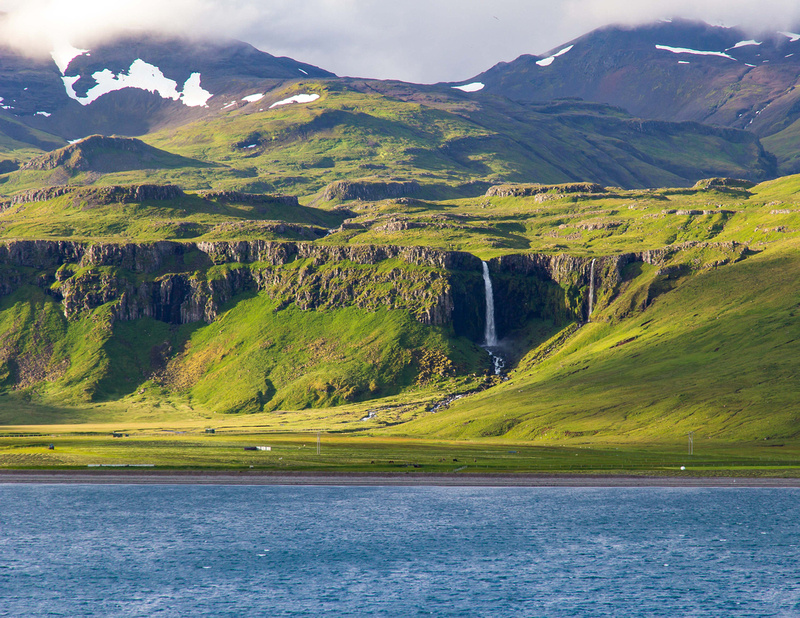 Iceland is truly a country of fire and ice. It is a colossal classroom of Earth Science: unique glaciers, active volcanoes, tectonic plates, and so many waterfalls, that many are not even named! 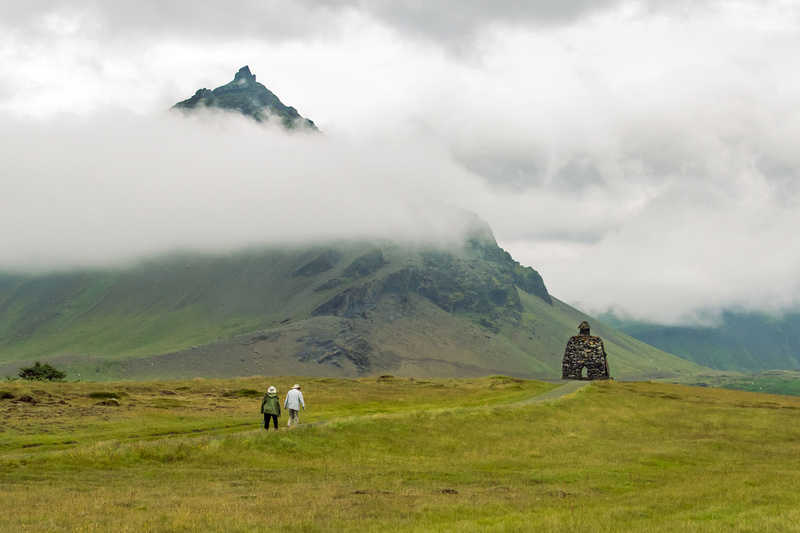 The first day we anchored in the harbor of Grundarfjordur, for a tour of the Snaefellsnes Peninsula. Towering over the town is Mt. Kirkjufell, one of the most photographed mountains in the country. Our tour took us to a number of scenic and historical locations. Unfortunately, most of the day the weather was dark and windy, making good photography difficult. You are literally going from under to over exposed in a matter of seconds, with low visibility and haze.

The second day, we docked in Reykjavík, the world's most northern capital city. I had been here in 1998, when the population of the entire country was under a quarter million. At that time, the buildings were mostly wooden structures. Now, the country has over 350,000 people and a modestly large, modern city. Most of our time was spent on the classic "Golden Circle" tour which takes you to the major tourist attractions of the largest waterfall in Europe (Gullfoss), the original geyser (Geysir), and the National Park that is both the location of the oldest, continuous parliament and the rift valley formed by the separation of the Eurasian and North American tectonic plates.

Thus ends another adventure. We sailed over 4,500 miles, to 4 countries, and 12 ports in 20 days. I took over 5,000 images. So, it will be awhile before I select the best images for a gallery on my website. Until then, keep seeing and keep shooting!