This has been a "world travel year"! We began the year in Antarctica, sailed across most of the Pacific and all of the Caribbean in March, and now in July we are traveling above the Arctic Circle (above 66° 32′ N latitude). It was only last year that we circumnavigated the world along (more or less) the Equator. This trip was aboard Oceania's MS Nautica. This cruise would also be a "shakedown cruise" for a new camera system: the Fujifilm X-T3. After 40 years of being primarily a Canon shooter, this was a brand new experience. I hope you like the results. 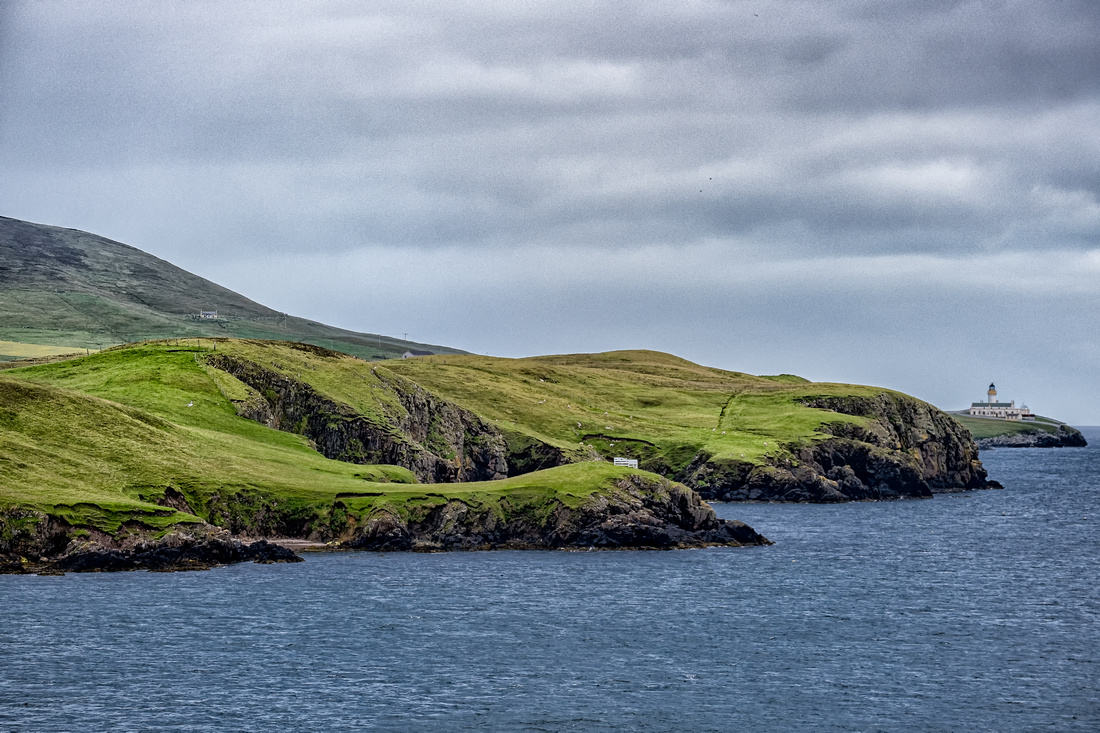 We were scheduled to join the ship in Dublin, but due to weather, politics, and airlines, we failed to make our Irish rendezvous and had to fly ahead to Lerwick, in the Shetland Islands of Scotland. Since the ship had a day at sea after leaving Dublin, we arrived with an afternoon and evening before the ship would arrive for its scheduled day in port. I tried to make good use of that time for photography. Fortunately, the sun doesn't set until almost midnight and raises at 3 AM at this time of year. Lerwick is a charming little city, made famous by the BBC television series Shetland. The crime drama aside, the locations and cinematography show off the island in its true beauty. After the ship arrived, we took a previously scheduled tour and began our voyage. 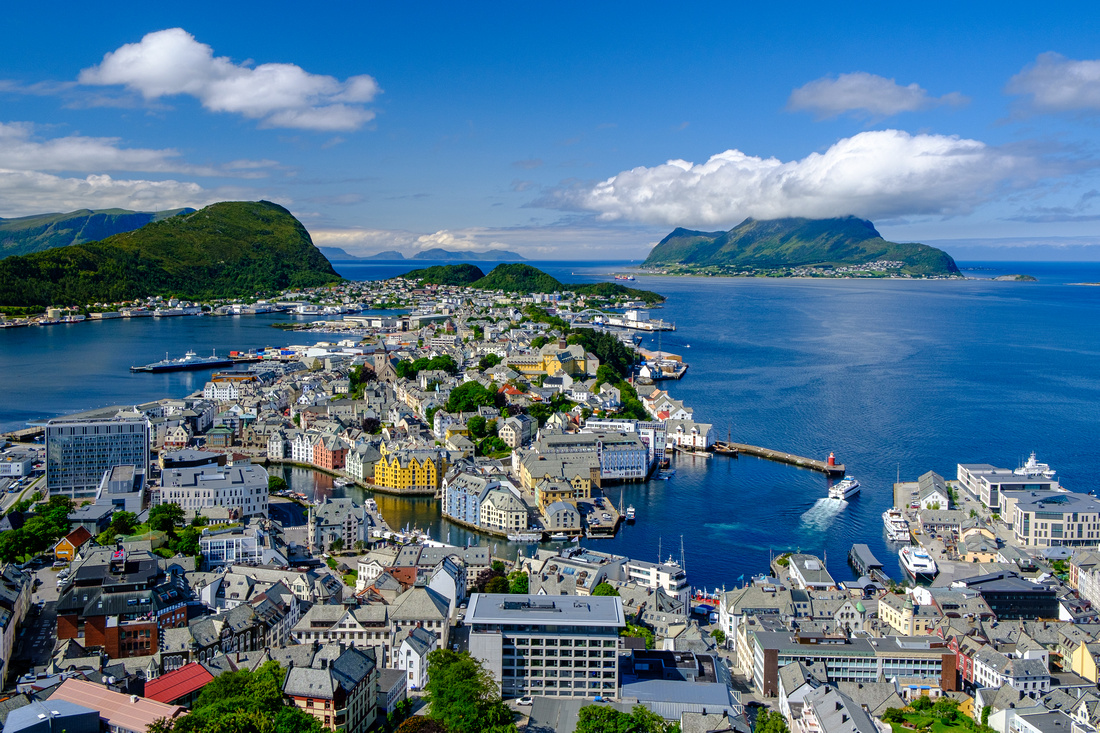 The itinerary was to sail from the Shetlands, up the east coast of Norway, stopping at: Bergen, Alesund, Trondheim, and then Hammerfest (one of two of the northernmost cities in Europe). After leaving Hammerfest, we would sail northeast, crossing the Arctic Circle into the Barents Sea, then southeast to Murmansk, and thence down the Kola Peninsula to the mouth of the White Sea. In addition to the port call in Murmansk, we stopped at Solovetsky Island and Arkhangelsk (Archangel). At the latter, we were a mere 40 miles from where, three weeks later, there was an incident involving a nuclear missile. I really believe in not putting travel off: you never know when you won't be able to do it or where you want to go won't be there! As you will see from the photos, Northern Russia is very different to the more modern, affluent, cites such as St. Petersburg and Moscow. 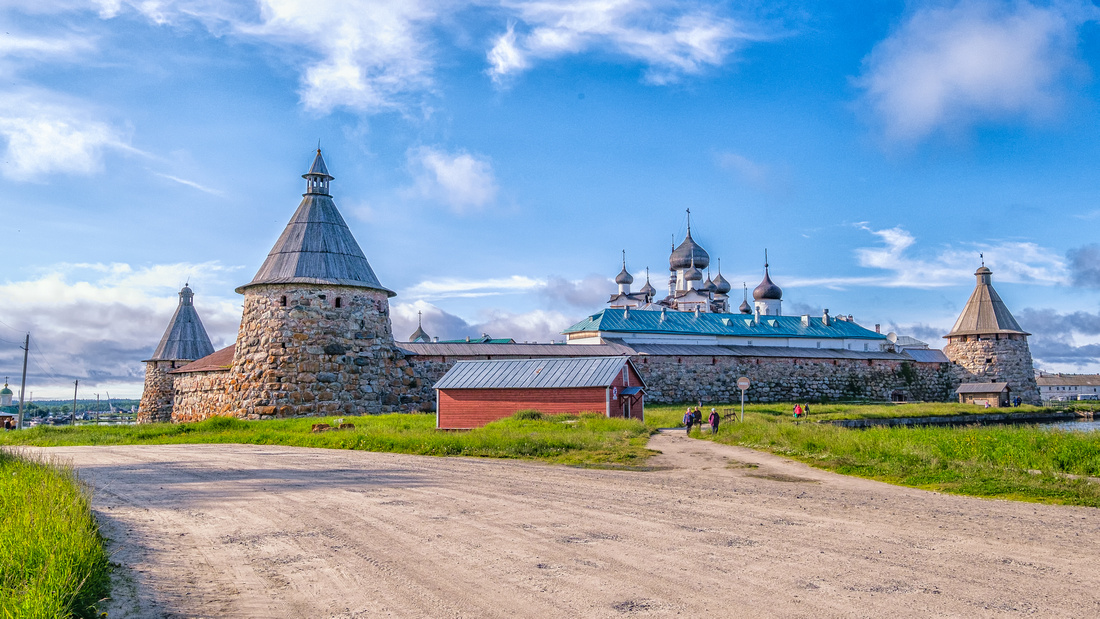 After leaving Arkhangelsk, we sailed up to the North Cape (Nord Cap), stopping in the other, arguably, most northern city in Europe; Honningsvag. We traveled overland to the actual North Cape. You truly feel like you are on the edge of the World, as you stand 1,000 feet above the sea, knowing that there is nothing between you and the North Pole but 1,300 miles of dark cold water, ice, and brutal weather. We sailed South, past the Lofoten Island (on my bucket list) to port calls in Kristiansund and Flam. After another day at sea, we disembarked in Copenhagen. 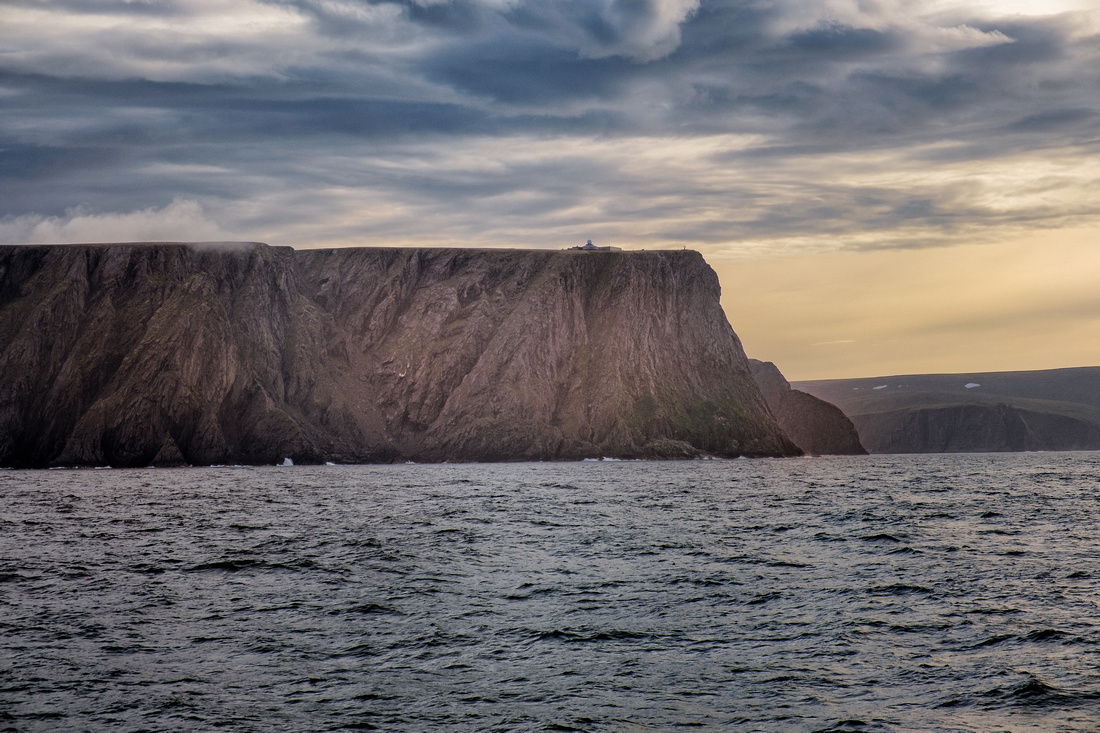 For purposes of my website, I have decided to break the trip into three albums: Shetland, Norway and Russia. This way you can browse each one at your leisure. Each has a manageable number if images. As always I hope you enjoy them and I welcome your (non-commercial) comments. You can click on each of the photos below to go directly to each of the albums. You can also go to www.markpollittphoto.com , scroll down below the slideshow and click on the albums individually.