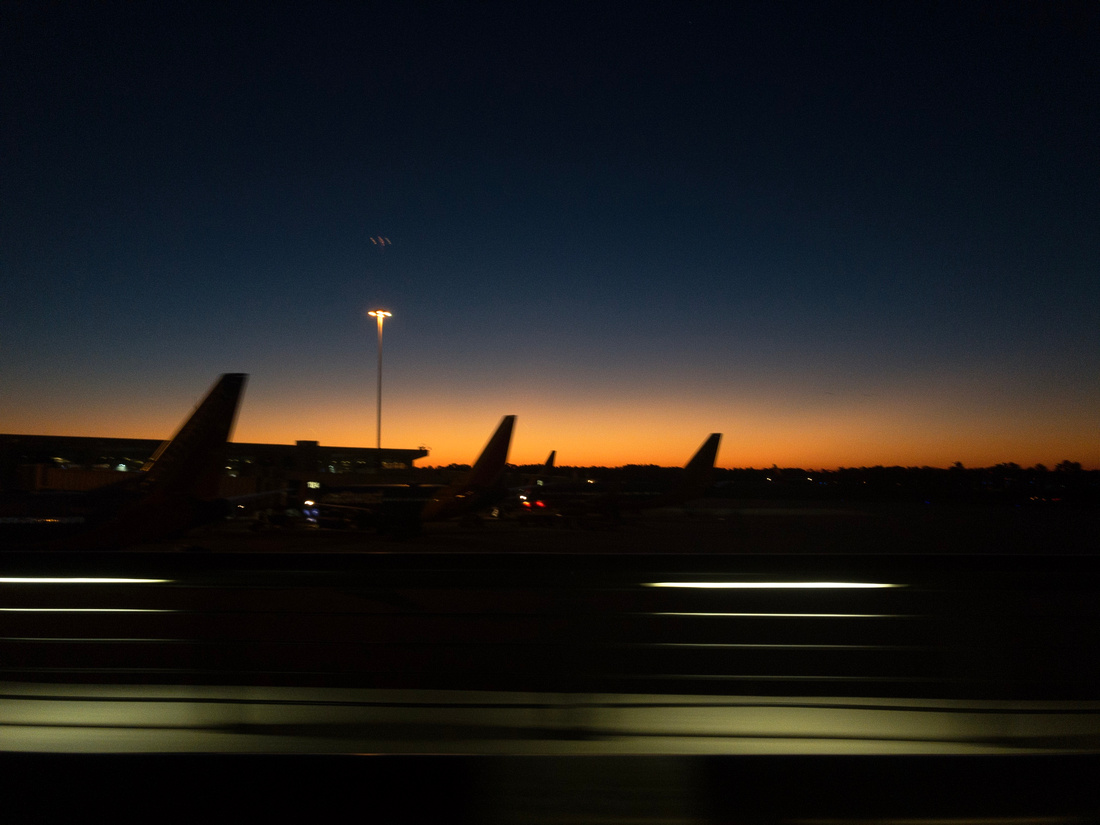 Another aerorplane
Another sunny place
I'm lucky I know
But I want to go home...

I fly - a lot. After viewing this shot taken from the People Mover at the Orlando Airport one recent dawn, I realized that the two most iconic times at the airport are the "dawn patrols" and the "Friday Night, last plane in." It seems that these are the times that only the inexperienced travel, because they don't know any better; or the professionals, who fly because they have to be somewhere. They are also the times that often share the two quintessential emotions of travel: fatigue and satisfaction. The former because travel is hard work. The latter for a host of reasons including being somewhere to see the beautiful beginning of another adventure. But sometimes, it's that you want to go home.