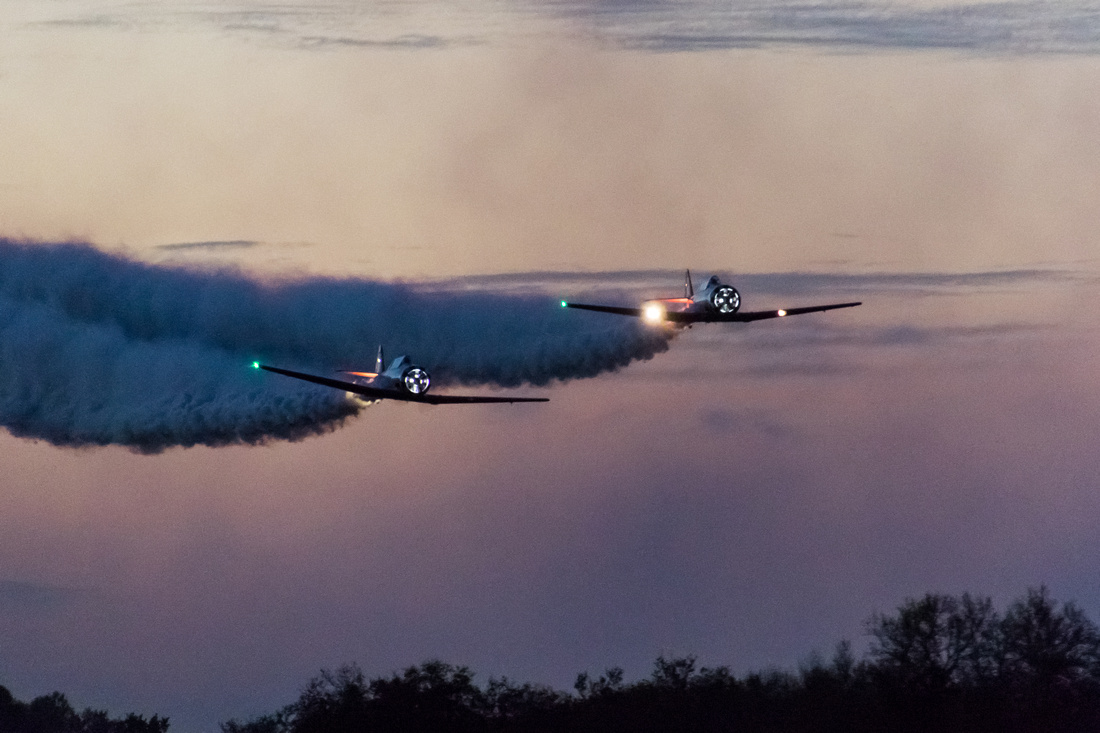 The Space Coast Regional Airport, once known as the Titusville-Cocoa Airport, and locally referred to as TICO , has hosted an air show for many years. It is one of the first of the airshow season, and is a popular show locally. This year's show included a new approach for Friday's events. It featured a somewhat shortened day show at 3:30 in the afternoon, followed by a twilight show at 7:30 and fireworks following that.

The weather was perfect, clear and with a moderate breeze. The show included a USAF F-16 Demonstration Team, several P-51's, T-28's, B-25's, a MIG-17, and the AeroShell demonstration Team. The pilots put on a good show, with the "show line" close enough for everybody to feel a part of the action. It has been awhile since I've photographed an air show, and the low-shutter speeds required to give the propellers a blur is a challenge. Add to that the rapidly fading light of the twilight show, and it made for a wonderful day and evening of shooting. Some selected images can be found on the TICO Airshow Page of my website.

Please enjoy and feel free to leave a post.