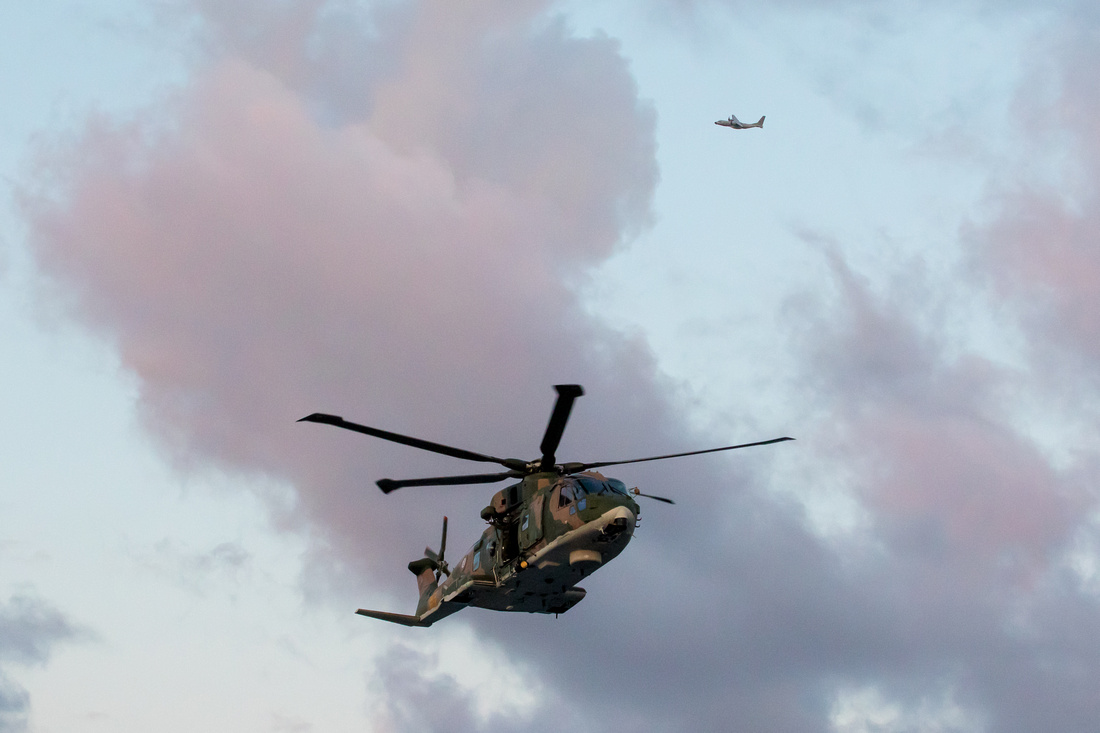 On a recent Transatlantic voyage, our ship had to divert towards the Azores in order to facilitate the medical evacuation of a passenger. The Portuguese Air Force sent a Merlin helicopter, along with a fixed-wing "bird dog," to act as top cover and radio relay. The rescue occurred at dawn and I was able to get some pretty good shots of the action. It was odd, having been the one (in the distant past) flying the helicopter, to be photographing the mission.

The mission was well executed by both the crew of the MS Riviera and the Portuguese Air Force.  The patient, I understand, is doing well. Bravo Zulu!

You can see some of the photos on the Rescue @ Sea page.